Kogan launches 5” Quad-core Smartphone for under £150 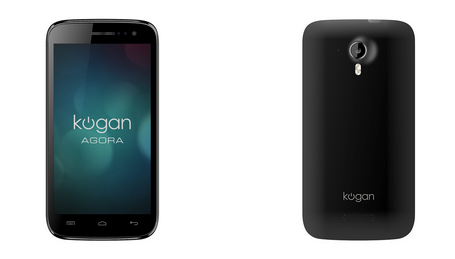 Ruslan Kogan, founder and CEO of Kogan, said British shoppers deserved an affordable smartphone that still packed a punch.
“Some big tech companies think they can launch a phone for the budget-conscious consumer and still price it at over £450. At Kogan, we know better.
“We think everyone should be able to afford a great smartphone that has all the main features that you want, without paying for features you don’t need.
“The launch of our first smartphone at CES this year was a roaring success, with many calling it the best bang for buck in the world. But, we know we can do even better. We’ve taken all the feedback we received and poured it into this new design.
“We have a very active social media community who regularly provide us with suggestions on what they would like to see next in a smartphone.
“Thousands of customers said they want a phone that looks stylish, but is also powerful and feature-packed – and that’s exactly what the Kogan Agora Quad-core Smartphone delivers.
“The team at Kogan has been working hard to create not just the best value smartphone in Britain, but the best in the world,” Kogan said.
The Kogan Agora Quad-core Smartphone is available for £149, direct and exclusively from Kogan.com: kogan.com/uk/buy/agora-50-quad-core-smartphone/
Full specifications:

This is an announcement on the <CTRL+V> blog